Growing up, we all cherished those early experiences in a MINI. It might have been a family member, a friendly neighbour, or even a teacher at school. Regardless of who it was or where you went, you always left with a smile on your face. For me, it was taking my mate’s Cooper S Mark II up the lookout after school, imagining we were flying around Mount Panorama in the late ‘60s.

Over the period of 1959 – 1999, over 5 million of those iconic cars were sold, and in the year 2001, as part of it’s previous Rover Group acquisition, the first BMW Group MINI was launched, taking it into the 21st century.

However, there seems to be some misconceptions about MINI’s latest line-up.

In that light, let this be a re-introduction of sorts. The MINI continues to inherit the creative use of space in its design; this evident in the MINI Countryman, but you’ll find that it is anything but “mini”.

At 4.3m long and 1.5m tall, the MINI Countryman’s bold profile gives MINI its own distinct presence. You’ll still find some tasteful throwbacks in the form of lightweight alloys, contrasting roof colours and that familiar headlight design, but aside from that, the MINI Countryman carves its own path. Roof racks are a stylish and functional addition, highlighting the cars crossover DNA. At the rear of the car, MINI’s cushioned picnic bench pulls out beneath the loading shelf providing a surprisingly versatile spot to de-wetsuit, change your boots or watch the sunset with a romance or bromance. Overall, I think it’s the most purposeful and proportional the MINI Countryman has looked in its brief history, and with plenty of factory options available, you can make it uniquely yours.

Step inside and the MINI Countryman feels even bigger than it looks. Once you’ve folded away that picnic bench, the luggage compartment offers up a massive 450 litres of storage space. Head and leg room is ample in all 5 seats; and with versatile folding configurations, you’ll find a set-up to keep the boys and their boards happy. All of the materials and switches are as fun as they are well built. Think old school plane switches (including button guards) mixed with MINI’s heritage British charm and a dash of advanced German engineering. There’s also MINI’s much loved MINI Connected interface, which makes ownership a more practical and holistic experience across multiple devices.

Every passenger I took for a drive in the MINI Countryman spent a good few minutes playing with the controls before I even fired up the engine: there is a genuine sense of amusement and engagement that feels a little nostalgic, even from the passenger seat. To top it all off, MINI’s central instrument panel provides a fun touch-screen display with some of the best tech on the market.

Driving around the city, the MINI Countryman is agile and lively. Built on BMW’s X1 architecture, you feel the engineering technology at play. Engine options vary from 3 and 4-cylinder turbo petrol units, to the 4-cylinder turbo diesel. Whilst the 3 cylinder is a zippy little engine, I’d stick to the 4-cylinder variants if you were planning on making trips with friends a regular thing. Once you’re out on the road, the MINI Countryman’s limber suspension setup really shines. It feels flatter and more planted than regular SUV’s due to its lower ride height and whilst everything felt plush, it always remained compliant and nimble. It’s actually quite astonishing really; as maxi as the MINI Countryman is, it still feels like a MINI to drive.

It’s a car that’s superbly built with luxurious textiles yet it’s happy just playing in the dirt. It’s a car respectful of its father’s achievements, but rather than live in the shadow, it’s keen to cast its own, larger, silhouette. On our road trip, my mates seemed to be having as much, if not more fun than I was just mingling with everything inside the cabin. And whilst you should never forget the lightweight, go-kart of a MINI you grew up with, that spirit is still alive and kicking in the soul of the new range. There are new adventures to be had, new roads to be driven and new memories to make old.

At the very least, go take one for a drive and have some fun. You might even find yourself heading to a lookout. 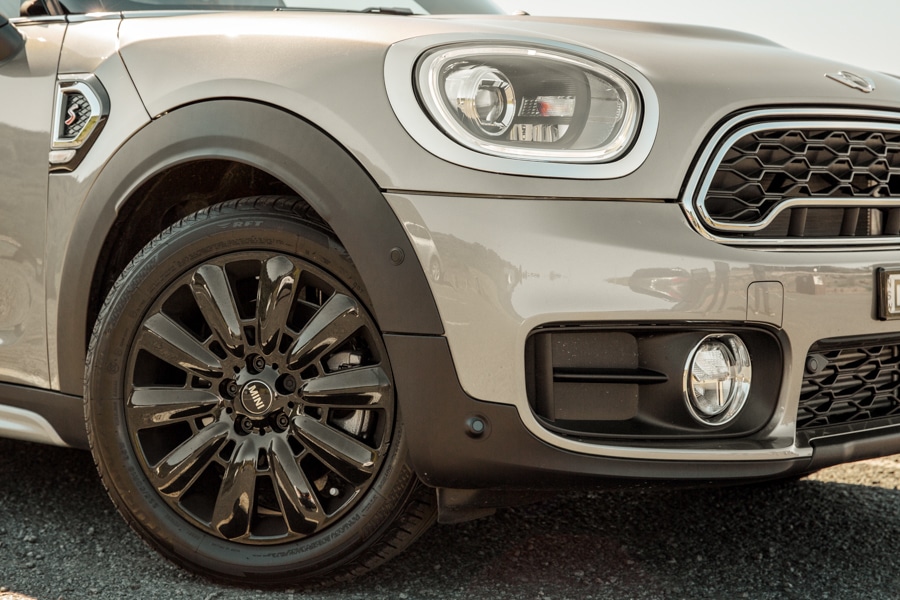