While we always knew the Porsche Mission R EV concept would bring its technology into the mid-engined Cayman GT4 chassis first, leaked images, renders, and speculation was about all we could get out eyeballs on. That all changed today when the brand officially unveiled its test vehicle – the 718 Cayman GT4 ePerformance – packing a maximum output of 800 kW (1,080 PS) and so much more. Here’s what you need to know. First things first, it’s not a 911. The test vehicle all but confirms Porsche’s move towards mid-engined sports cars of the future, all the while keeping pace with the current 992-generation 911 GT3 Cup. Your eyes are then drawn to the unbelievable quoted power figures that offer up to 800KW in full chat, 735 kW (1,000 PS) in qualifying mode, and a steady 450kW available for 30 minutes (the length of a GT3 cup race). It’s still mesmerizing that 1000HP is the new norm in EV land… but here we are.

So what about the thermal degradation of batteries during racing? Porsche has designed a special oil cooling system for the e-motors and battery pack that draws in the help of “experts in the fields of aerodynamics and thermodynamics as well as high-voltage and bodywork specialists,” to keep the power at a steady 450KW for 30 minutes of racing.  And thanks to 900-volt technology, the state of charge (SoC) of the battery at full charging capacity jumps from 5 to 80 per cent in around 15 minutes.

“With experts in the fields of aerodynamics and thermodynamics as well as high-voltage and bodywork specialists, the development team created an architecture to tap the full potential of the battery cells for the first time, since there is no thermal derating. In this way, the power output in racing mode remains constant for half an hour,” said Björn Förster, GT4 ePerformance project manager.

Related: We’d Do Naughty Things for the Porsche 911 Sport Classic. 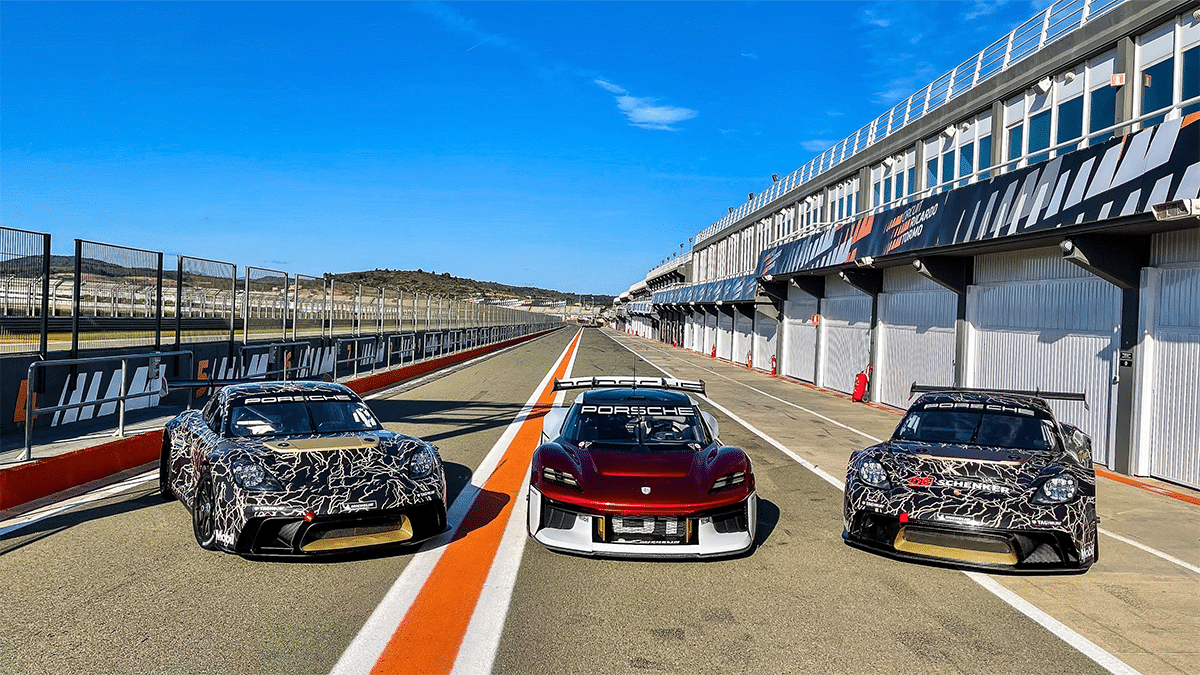 The GT4 ePerformance is visually different to any Cayman we’ve seen in the past, measuring 14cm wider than the GT4 Clubsport and the theme holds true throughout the project with 6000 parts being designed from scratch. The body is made mostly of carbon fibre and other eco-materials (including the Michelin tires) that generate fewer carbon emissions in production.

Could we see a Porsche EV racing series in the future? Oliver Schwab, Project Manager of Sales of the 718 Cayman GT4 ePerformance thinks so… “With drivers, teams, organisers, authorities and other interested parties, we’re also gathering ideas for Porsche racing formats in the future,” he said.

The Porsche 718 Cayman GT4 ePerformance will make its debut at the Goodwood Festival of Speed from June 23rd to 26th, 2022. Here the vehicle will race at the famous motorsport festival and take part in the 1.9-kilometre hill-climb event. Aussies won’t get their eyes on the vehicle until the EV racing car reaches our shores on its global tour in mid-2024. We’re very much looking forward to it. 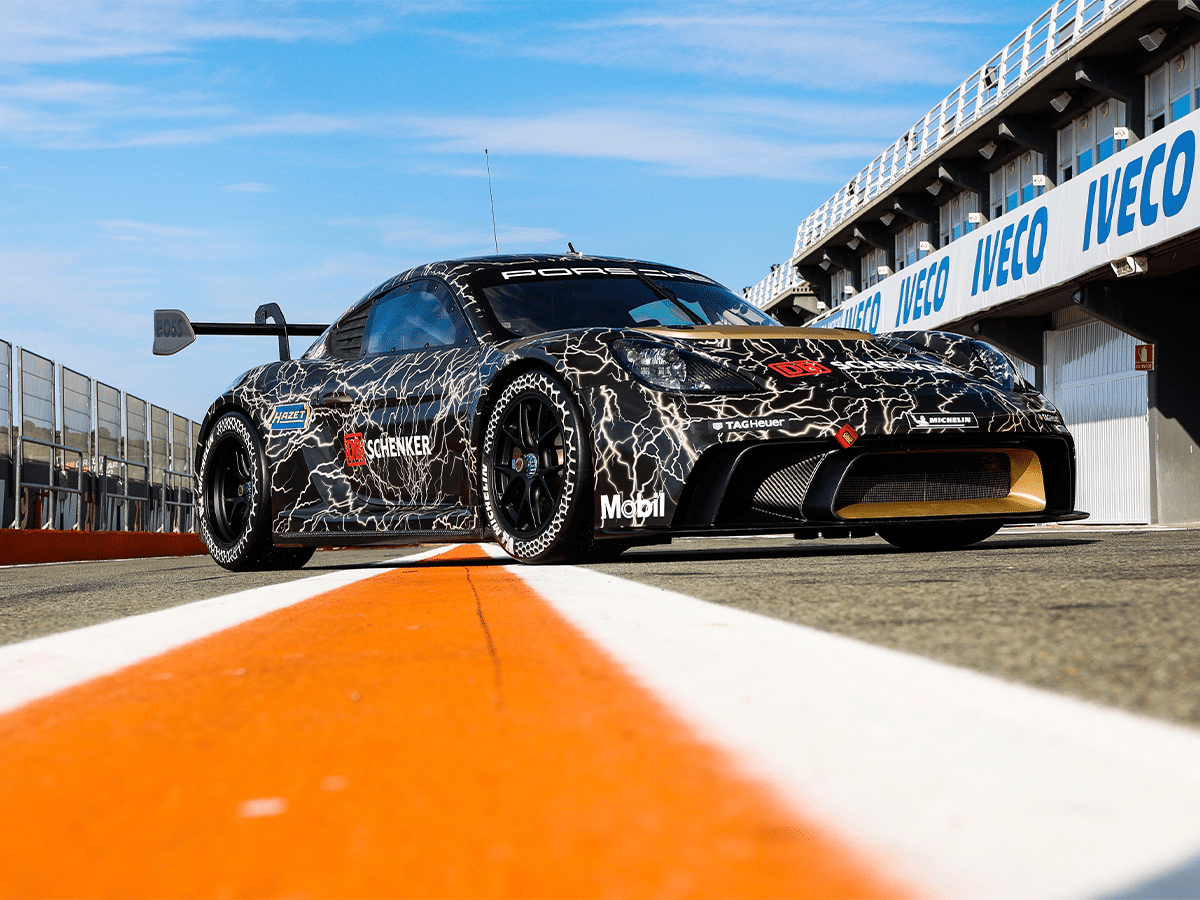 You’ll also like:
The Ferrari SP48 Unica is Truly One of a Kind
2022 Jeep Grand Cherokee L Review: Long, Large, and Luxurious
2023 Bentley Bentayga EWB Adds Length and Luxury to the Flagship Model