Welcome to the next instalment of our weekly series, The Wind Up. The past week was headlined by Watches and Wonders Geneva 2021, but that doesn’t mean that the watch world outside of the event showed any signs of slowing down, with new releases from Omega, Seiko and Gucci. Enjoy gents! 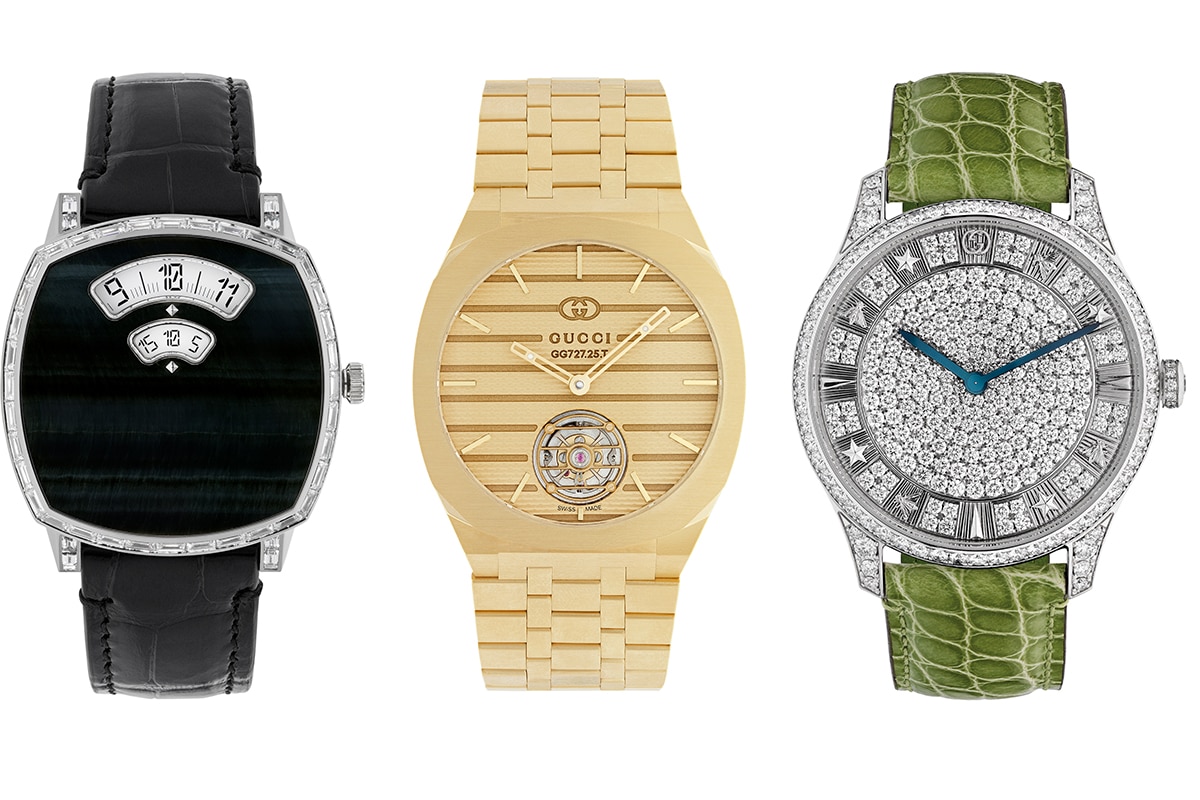 Gucci has extended itself into the realms of haute horlogerie with four collections, GUCCI 25H, G-Timeless, Grip and its very own high jewellery watches. Each collection draws inspiration from the maison’s traditions and legacy. It’s comprised of tourbillons and diamond-encrusted timepieces, moon phases and the like. Very exciting stuff! Seiko has recreated one of its most famed timepieces, the Alpinist. Introduced to the market in 1959, the Alpinist was created to meet the needs of mountain climbers and recreational field sports enthusiasts. Fast forward 2021, and while the Alpinist is more than up to the task of its predecessor’s attributes, the modern variant is somewhat more refined. Continuing on with the original’s theme, the 2021 Alpinist has a clean and direct black dial, accentuated by the triangular hour markers and dauphine hands. The Alpinist 1959 Re-creation isn’t the only new model, with three alternatives also being offered, too. 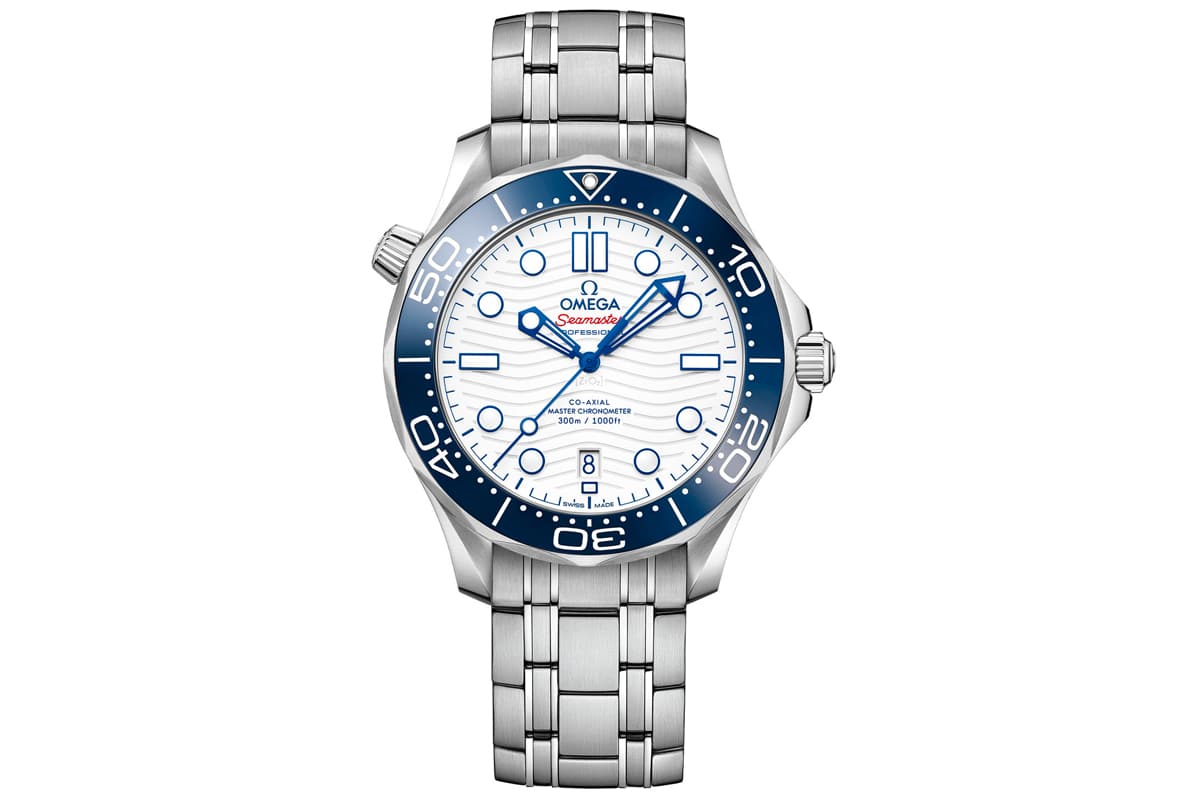 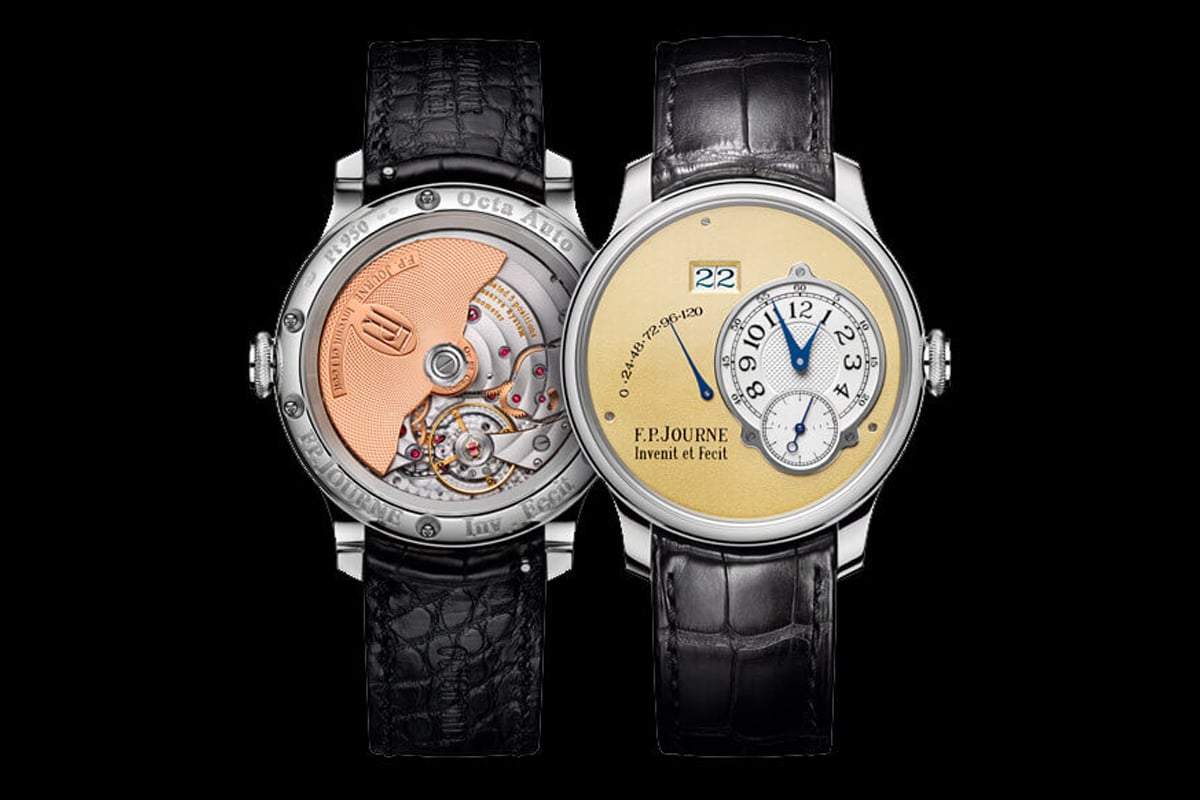 F. P. Journe celebrates the Octa Automatique 20th anniversary with this new 99-piece limited edition version. Clad in platinum and powered by the rhodium-plated brass calibre 1300.3, the new Octa Automatique continues to uphold the original model’s hallmark traits whilst endowing itself with a new and crash look. The yellow gold, the satin-finished dial is similar to those Journe produced in 2001, with the piece’s trademark asymmetrical look on full display. F. P. Journe said the following regarding the Octa Automatique’s release: “The Octa is an accomplished movement that requires no further modification due to its almost unreal performance”. Can’t argue with that!

If you enjoyed The Wind Up and would like to continue reading about watches, you can head on over to my blog, Haulogerie, where I delve a bit deeper into the wonderful world of horology.

Dimitri Tsilioris is a watch enthusiast and founder of watch blog, Haulogerie. From his daily updates on his Instagram page (@haulogerie), to his constant and borderline excessive pursuit of the perfect watch, Dimitri lives and breathes horology. A passion that only begun a few short years ago, he has embroiled himself in the intricate world of tiny mechanisms and astronomical prices. The endless hunt of the perfect watch to satisfy his overarching criterion; aesthetically captivating and mechanically intriguing.

Read more about Dimitri About Man of Many
The latest 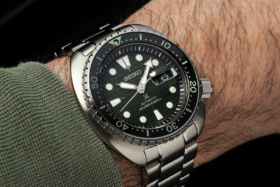