Welcome to Sneaker News #33. This week, Nike and luxury Japanese brand Sacai are turning heads once again with their latest collaboration, this time offering up the Blazer Low. Also on the menu, Australian sneaker store Up There has a collaboration with Saucony for all those missing travel while SNS is throwing it back with a take on the New Balance 237. There are also more key drops from Nike, adidas and Jordan. Check it all out below. 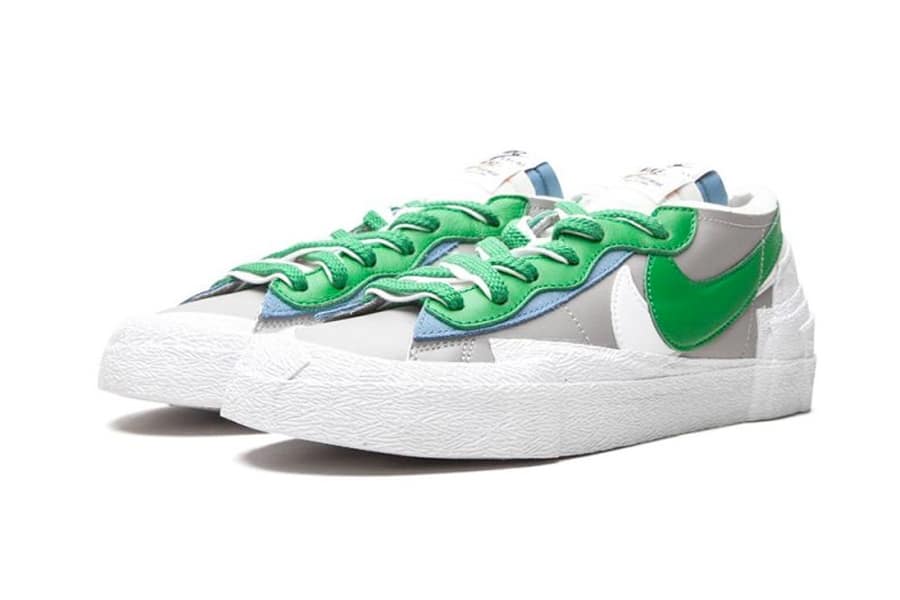 The Nike and Sacai collaborations have been coming in thick and fast lately but there’s no reason to stop when they’re this good. This time Sacai turns to the Nike Blazer Low after previously delivering the Blazer Mid. Once again, the shoes sees double with two Swooshs, two tongues and two laces. In the pictured colourway, a neutral base collides with rich shades of blue and green. If past collaborations are to go by, this latest one is going to fly out the doors when it hits shelves on 10th June at Nike. 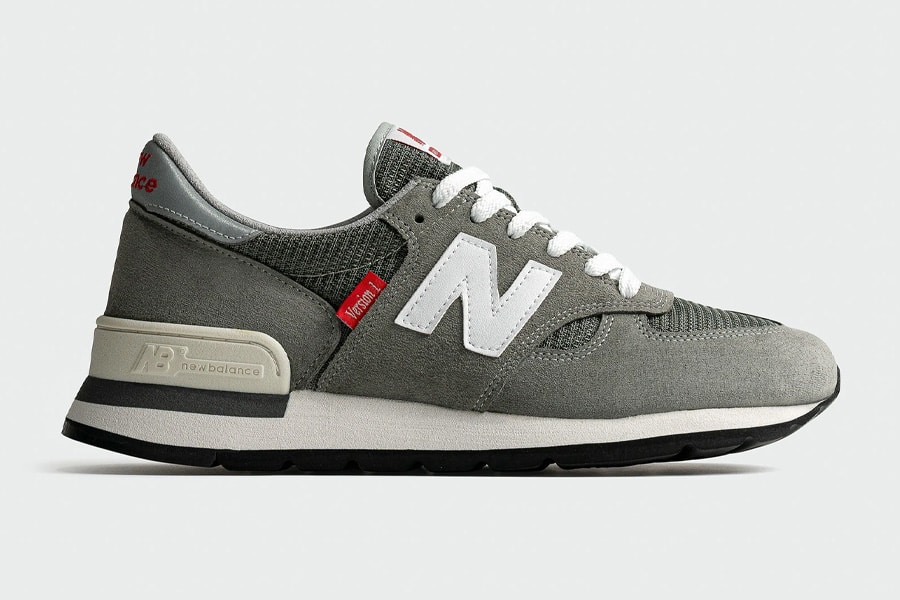 The New Balance 99x series houses some of the most premium shoes in the sneaker game. This year, we’re going back to the beginning with a reissue of the New Balance 990 V1. There have been some slight tweaking to the original but the shoe remains mostly intact. It retains the dominant grey colourway with laces and logo but there are added hints of red on the tongue, the tag and the heel. Of course, all the performance trimmings are there including a motion control device in the footbed and three layers of EVA cushioning. You can enter a raffle on End Clothing to cop. 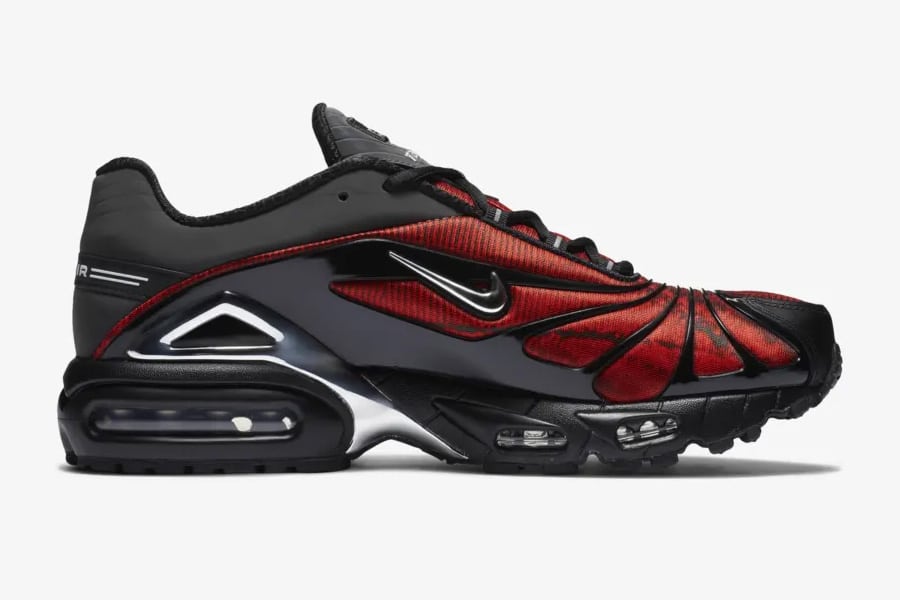 Skepta and Nike have another collaboration for us. The Air Max Tailwind V is once again the chosen silhouette, following up from the blue colourway a few months back. This time around, Skepta is seeing red. The butterfly wing print on the upper represents creative rebirth told through metamorphosis and that’s complemented by hints of iridescence inspired by the cover of his 2019 record ‘Ignorance Is Bliss’. Get ready to grab from Nike on 12th June. 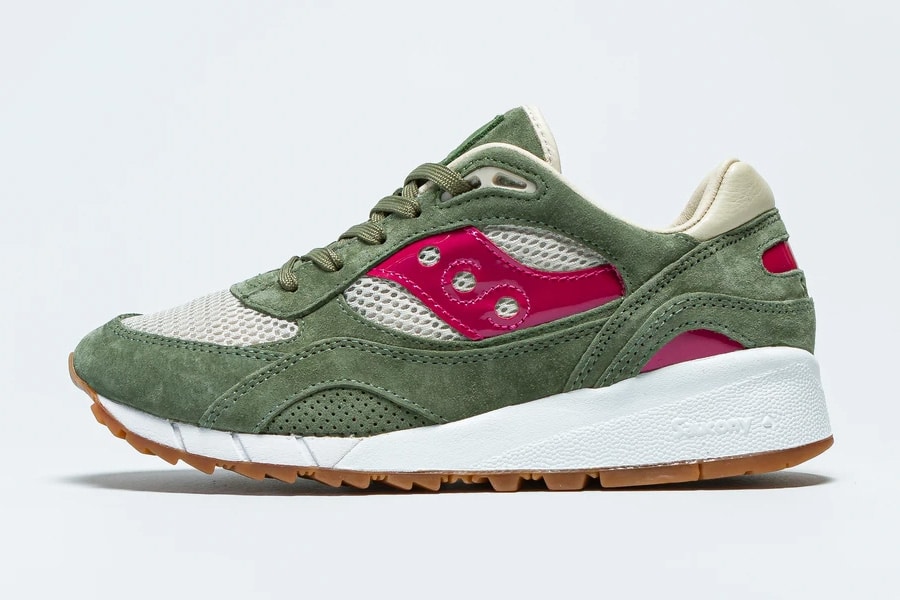 Saucony x Up There Store Shadow 6000 ‘Doors To The World’

One of this country’s most beloved sneaker stores Up There has teamed up with Saucony for a shoe that invokes nostalgia for travel. The past 12 months haven’t seen much travel for anybody this colourway of the Shadow 6000 is built to invoke memories of brightly coloured doors and tiles throughout Europe. It’s a textured, vibrant take on the silhouette combining olive suede on the upper with vibrant pink iridescent leather. You can also make it uniquely yours as the shoe comes with four different pairs of laces. There’s also a premium mesh shoe bag and passport-inspired tissue paper. If you’ve got travel on the mind, cop these from Up There right now. 2021 is the year of the vibrant Air Jordan 1 colourway. One look at the ‘Light Fusion Red’ and you can tell it’s going to be one of the most copped of the year. The classic silhouette is adorned by bright shades of orange and red, juxtaposed by crisp white on the laces, upper, tongue and midsole. It’s designed to be worn in the Northern hemisphere summer but that doesn’t mean you can’t bring a bit of sunshine to the Australian winter. They are due to hit Nike on 12th June. 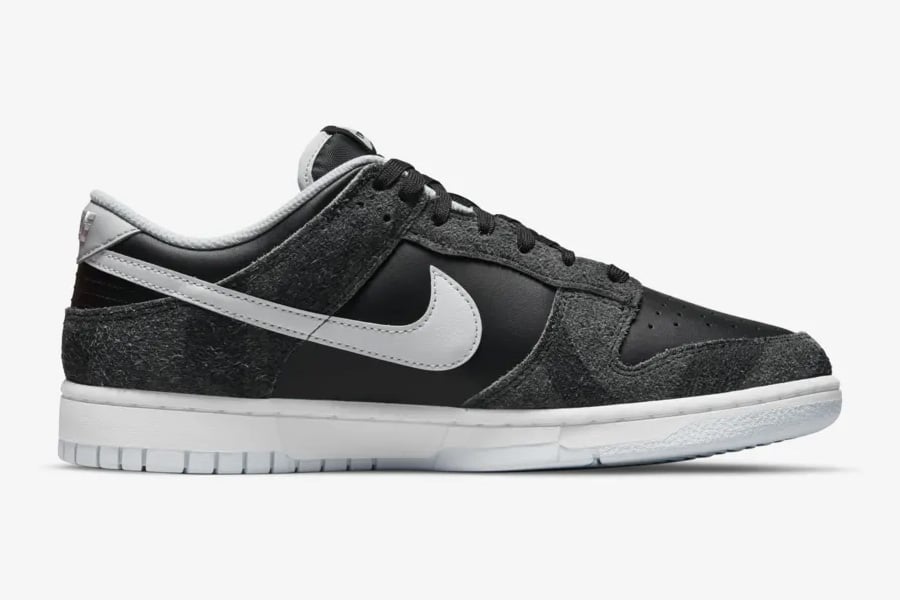 Another week, another Dunk Low colourway. This one shakes things up a bit by pairing suede and leather on the upper with a pattern designed to mimic that of a zebra. More than 35 years after the Dunk’s debut, it’s having its biggest resurgence yet. If you’ve been keeping a keen eye on the Dunks, you’ll know that you’ll have to hop on the ‘Zebra’ very quickly if you want to cop. Be ready at Nike on 19th June. 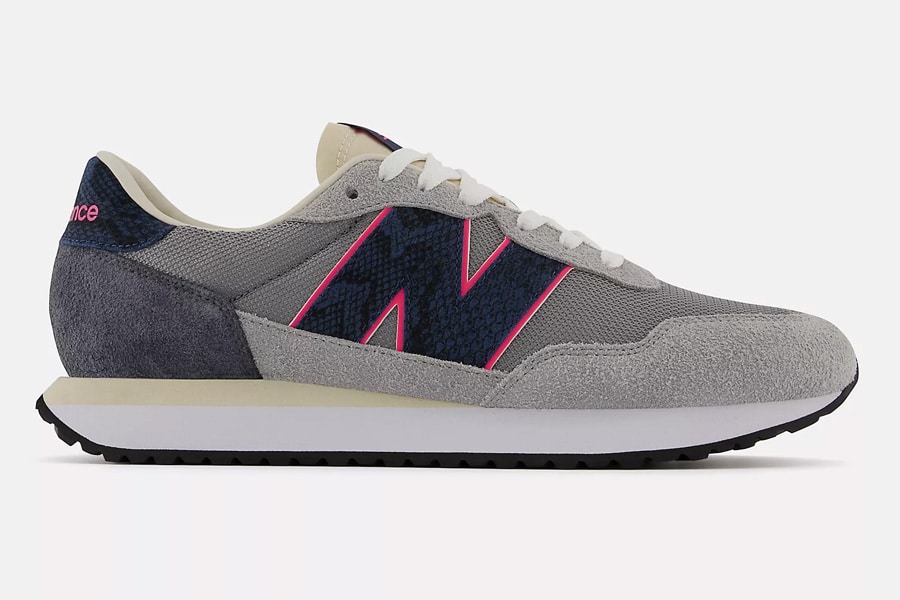 Iconic international sneaker store SNS is teaming up with New Balance for a new 237 colourway. The ’70s-era running shoes have had a comeback of late thanks to the success of cousin shoe the 327. The SNS 237 bridges the retro and modern, delivering a snakeskin logo, highlighted by neon pink. That pop of colour is muted somewhat by a classic New Balance colour palette of grey on the suede and mesh upper. Nab them from New Balance on 11th June. 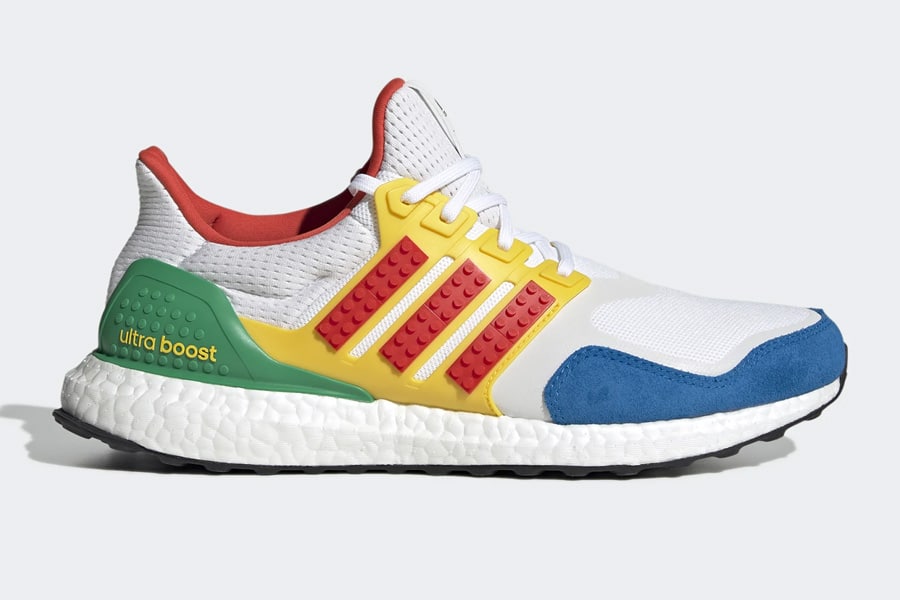 adidas and LEGO have come together on the latest iteration of adidas’ signature running shoe the Ultraboost. It won’t take you long to see how LEGO has had its way with this colourful shoe. LEGO blocks feature on the Three-Stripe logo and the heel counter. LEGO’s key four colours are also featured across the shoe from the blue suede to the red inner. 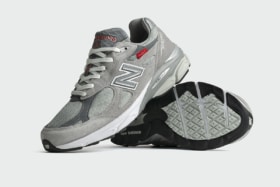