Back in the late ’90s, NBA fans were treated to a near-endless supply of great basketball games. From NBA Live to NBA Street, everyone had their go-to, but for those in the know, there was only one option – NBA Jam. The arcade game that made its way onto consoles had batsh*t crazy graphics, truly abhorrent announcing and physics-defying dunks, but therein lied the beauty. When the game was finally laid to rest with 2011’s On Fire Edition, we thought we’d seen the last of NBA Jam. We were wrong. On August 30, sneaker icon Converse is set to bring the game back to life in shoe form with three collaborative pairs. 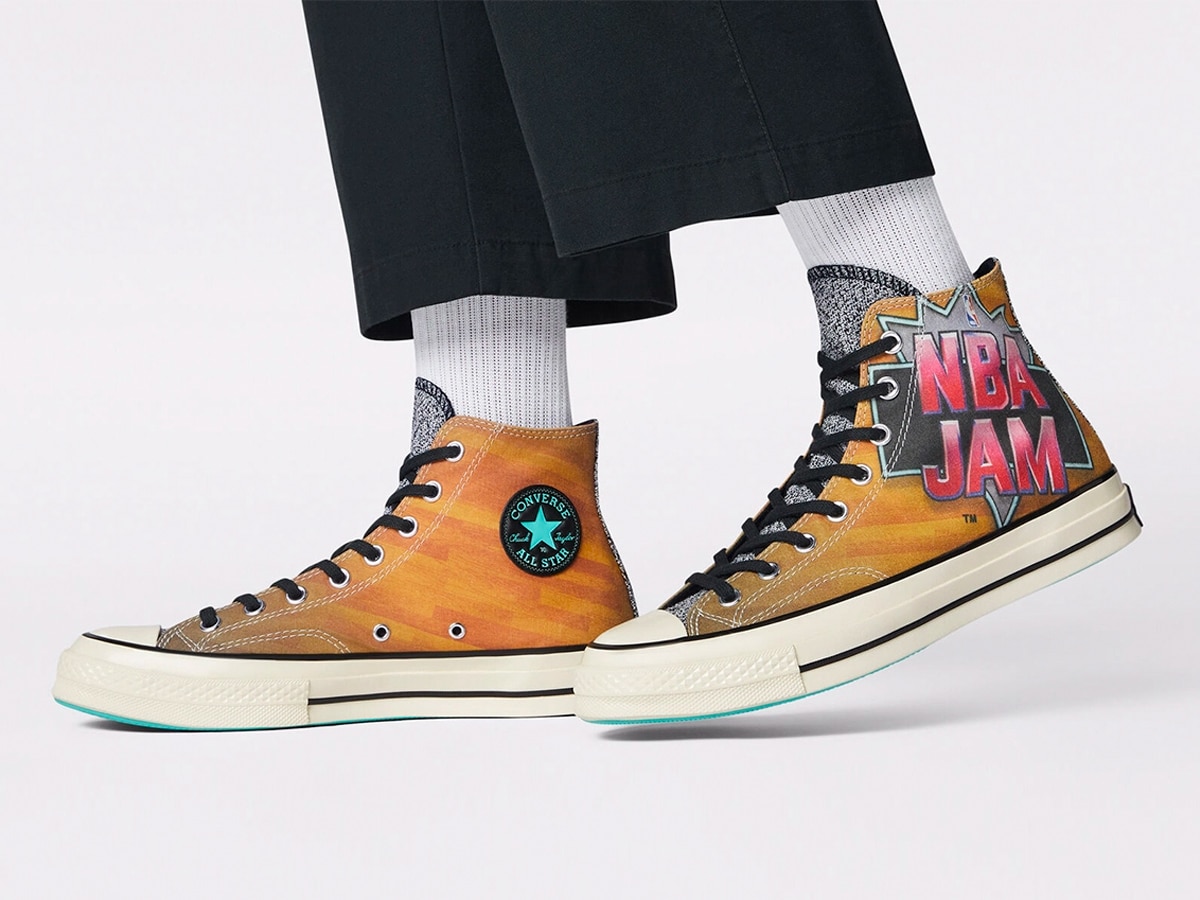 The traditionally canvas model cops a court-inspired brown complemented by an enlarged version of the video game’s logo. The leather option, on the other hand, features a predominantly black aesthetic overshadowed by the pixelated frame attached to the lateral side chevron logo. Better yet, this release houses a teal “HE’S ON FIRE” message just above Converse’s iconic star branding. While the new Converse NBA Jam sneakers celebrate the game of basketball, you probably wouldn’t wear these ones on-court. The sole units on both propositions are slim, which highlights the shoes’ top-halves, with the Chuck 70’s boasting an all-blue outsole. As for the third release set to line to the Converse NBA Jam collection, there’s no word as to what we can expect, however, fans are speculating it’ll likely be a modern-day basketball shoe not unlike the Converse G4.

All is set to be revealed later this month. The new Converse x NBA Jam collection will hit the Converse online store on 30 August 2021. 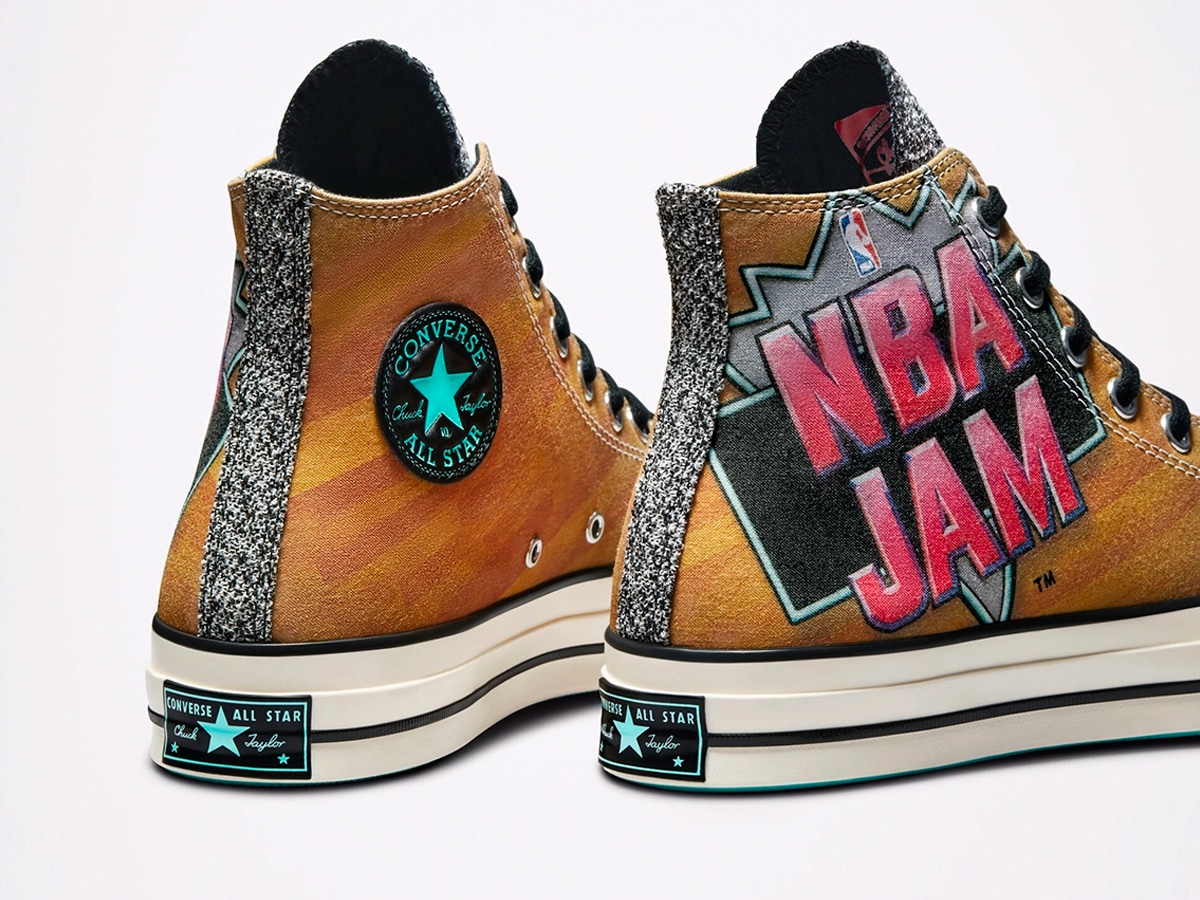 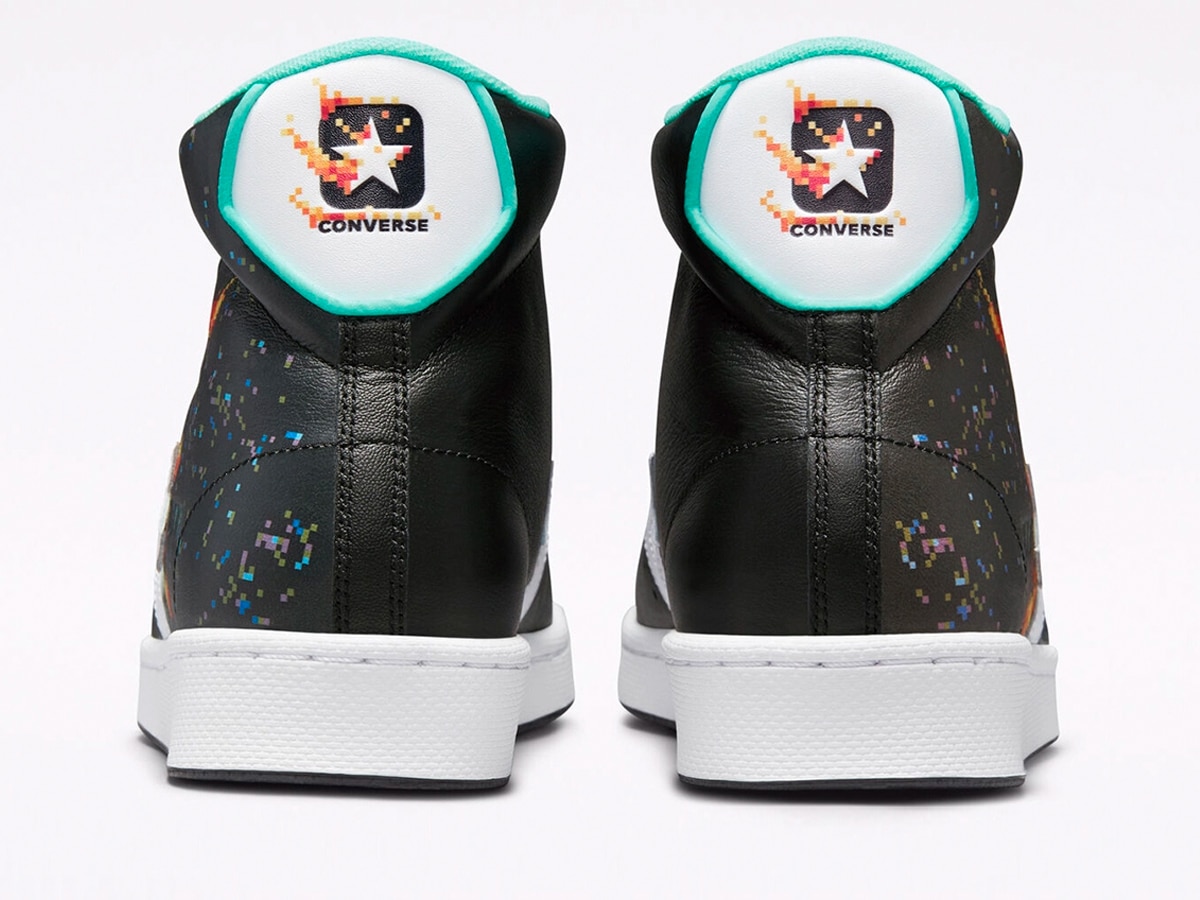 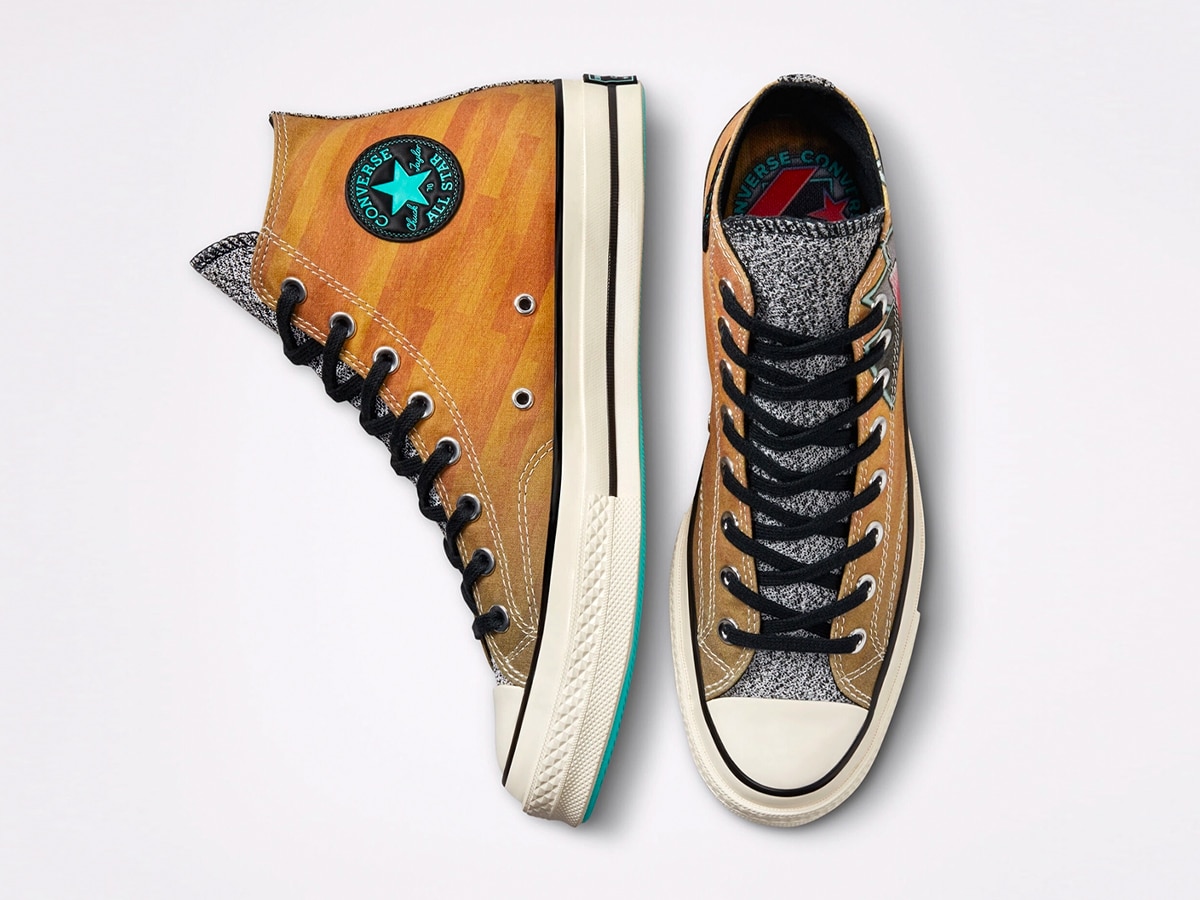